PepsiCo (PEP) is a global powerhouse in the snack and beverage business. The company boasts a plethora of brand names are recognizable anywhere in the world. A company with a market cap of $145B, PepsiCo boasts a brand value of upto $20B. Although the brand value does not match its main competitor Coca Cola (KO), it remains well ahead of other beverage companies such as Dr Pepper Snapple (DPS). PepsiCo remains a great challenger to all its competitors and is very well received in growing emerging economies. 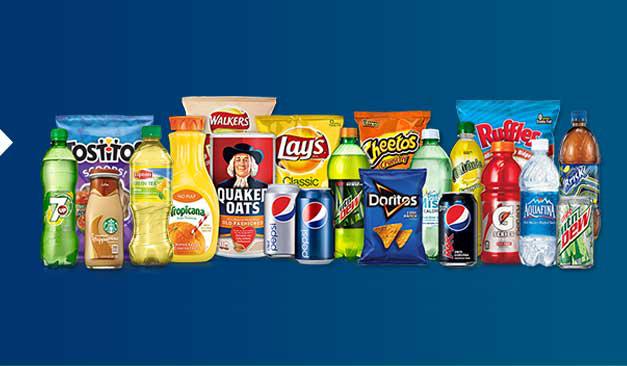 According to PepsiCo’s 2013 Annual Report, the company is almost evenly split between the food and beverage segments and the also geographically well diversified, with half of its net revenues coming from North America and the rest from International locations. 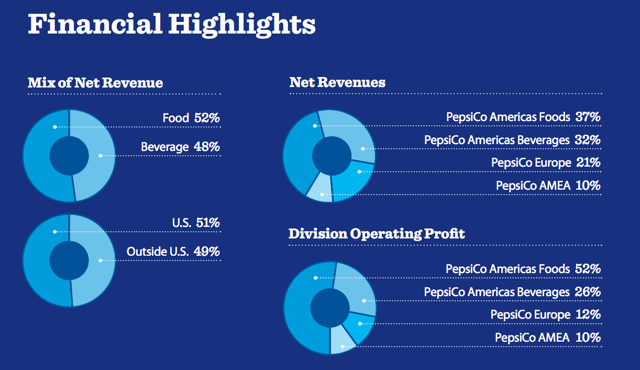 PepsiCo has been under pressure from activist investor Nelson Peltz, who has been pushing the company to spin off its snack food business. Last February, Nelson reinitiated his pressure by sending a 37-page letter to PepsiCo’s board urging them to spin off the snack business – which includes Lays, Cheetos and Doritos. In his letter, Peltz made a case: “Two leaner and more entrepreneurial companies would boost sales and margins in the snacks business, while the drinks business would generate stable flow of cash that could be returned to shareholders”. At that time, Indra Nooyi, PepsiCo’s Chief Executive shut down Peltz’s proposal saying that a split up would hurt PepsiCo’s ability to negotiate with retail customers.

While the rumors and the speculation died for the rest of 2014, and the shareholders enjoyed a return of approximately 20% during the year, the rumor mill has started churning again. Two weeks ago, PepsiCo announced that former Heinz chairman/CEO William R Johnson will be joining the PepsiCo board effective March 23. It is interesting to note that Mr. Johnson also serves as an advisory partner on Trian Fund Management L.P., the fund company co-founded and run by none other than Nelson Peltz.

PepsiCo is no stranger to spin offs. PepsiCo spun off Yum Brands Inc (YUM) in 1997, which is now a $31B company and is a leader in the fast food industry.

The rest of the article looks at a financials and analyses the stock to determine the underlying value.

Expected: A growing revenue, earnings per share and free cash flow year-over-year looking at a 10-year trend. A manageable amount of debt that can be serviced without affecting future operations.

Actual: The financials remain solid for a consumer goods company, as expected. The revenue has continued to increase year over year while the EPS and FCF have remained stable and flat over the last few years. The ROE has also started and uptrend after a drop going into 2012.

Expected: A growing dividend outpacing inflation rates, with a dividend rate not too high (which might signal an upcoming cut). Low EPS and FCF payout ratios to indicate that the dividends can be raised comfortably in the future.

Expected: Either constant or decreasing number of outstanding shares. An increase in share count might signal that the company is diluting its ownership and running into financial trouble.

Actual: The number of shares at PepsiCo has steadily declined since 2010. The company announced increasing its share repurchase program last year to $5B.

Expected: A growing book value per share over time.

Actual: Book value has turned negative over the past year.

Expected: A good healthy return on equity of over 20%. 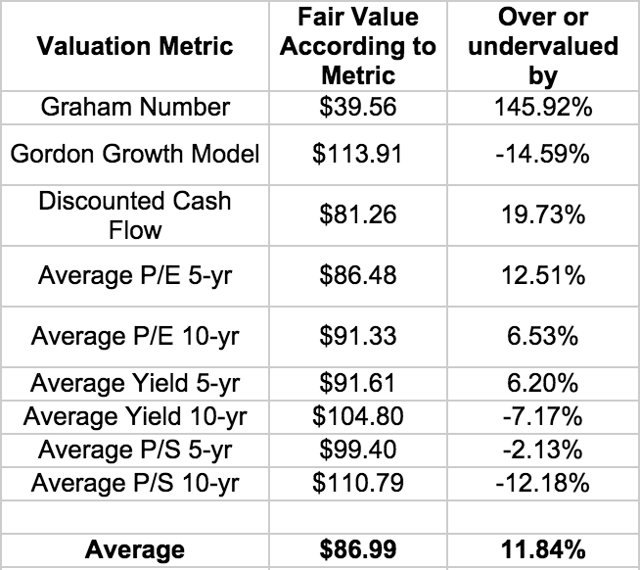 The consensus from analysts is that earnings will rise at 7.28% per year over the next five years. If we take a more conservative number (two-thirds of the estimate) at 4.85%, and assume that PEP is growing its earnings by 4% thereafter, running the three-stage DCF analysis with a 10% discount rate (expected rate of return), we get a fair price of $81.26.

PepsiCo is a global powerhouse in the food and beverage industry. The company enjoys robust financials and cash flow and is well diversified across segments and geographically. Pressure has been mounting over the past couple of years from activist investors to spin off the snack business, which the company has resisted. More recent events seem to suggest that the pressure on the board is going to continue, and in fact increase, with the addition of a member who also advises on the activist fund. The rumor mills have been churning that PepsiCo could potentially spin off the snack business. The stock has enjoyed great returns in 2014 and remains fairly overvalued, but a consumer goods company with a reputation such as PepsiCo’s is always expected to trade at a premium.

Full Disclosure: None. My full list of holdings is available here.

6 thoughts on “Is a PepsiCo Spin Off Coming?”